What’s the Future for E-Mailing?

This is a dangerous question to answer in printing, right? I might be wrong about it and it might be held against me one day. Anyway, I have thought about it a great deal and, daring as I am, I will reveal my conclusions about e-mailing in the future.

Social media have an influence on e-mailing

A great deal of the changes we are about to experience are due to the influence that social media have on our possibilities to communicate in whatever way we prefer. People working with marketing often talk about choosing the right channel for a particular target group. This sounds easy, but it isn’t – far from it! I’m really disturbed over the fact that we haven’t reached further. Our desire isn’t primarily to send a text message or to send an e-mail or to chat – no, the desire is to COMMUNICATE! So when will we marketers start talking about communication rather than channel? We’re occupied with measuring and analyzing every channel to know what to go for. What Facebook is teaching us through their new communication system is that the user is offered many various ways of communication and that it’s for the users to choose. Words that are defining the new way of thinking are: seamless, informal, immediate, personal, simple, minimal, short.

Don’t get stuck in a certain channel (and what if e-mail is going to die?) – instead: consider what you want to communicate.

Mark Zuckerberg said this (when he introduced the new communication system on Facebook):

This is not an email killer. This is a messaging system that includes email as one part of it.

Apple, Facebook, and Klarna are examples of companies chipping in a lot of resources into making their services and products as smooth and lean as possible for the users. The e-mailing world must do the same. When it comes to the choosing of an e-mail service provider, the one who works with the tool and creates the newsletters must have a say about how well it works for him or her.

If it appears that the system goes down now and then: cut! Considering what I said before about the fact that we want a simple and quick way of communication, your e-mail tool must have the capacity to send out letters promptly – and maybe even unscheduled.

So check all your processes and how they are understood by your subscribers. For example:

We’ve ”preached” a lot about e-mailing – but do all our hints still work? You have to check that! Maybe we should have another headline? (Think twitter!) When we think Facebook – maybe sheer text mails will come back? Consider these things, make some tests, and be open minded. Always mind your target groups!

The smart phones change a lot of things for us!

So here I am, joining the crowd that nag about the smart phones changing everything and that it’s time for action about this. Earlier the day, and even the hour, for sending a newsletter was extremely important. This was because we wanted the newsletter to hit the inbox when the subscriber is at his/her computer ready for a little reading. But with the smart phones this will probably change in some way. Now we’ve got the inbox with us all the time – even beside our beds. I’m not saying that the timing isn’t important anymore, but rather that this is changing and that we must be aware that so many people are reading their newsletters in their smart phones and we must learn how they react when they do so. And we just have to adjust the newsletters to that little screen. An example: You click on something (a slow connection too) and because of the small size you clicked on the wrong link … Isn’t it enervating? 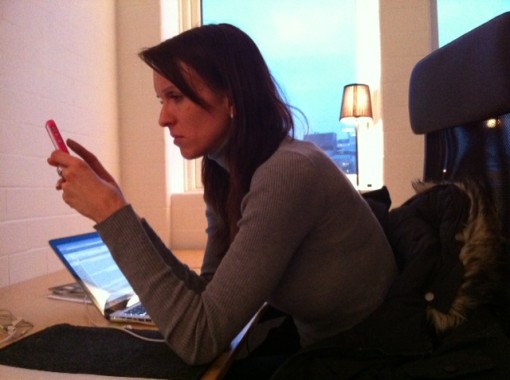 The subscriber decides what is SPAM, not Google.

So many people have been raging over the Gmail Priority Inbox. They mean that maybe the newsletters don’t land in the best inbox or maybe are considered to be spam or are shown further down on the important list over all the e-mails in the readers’ inbox. All of which would be a catastrophe. Forget it! This has been way too exaggerated.

Facebook has shown us that it’s the user who decides to ”like” you or to accept you as a friend – and then you are able to communicate with this person in whatever way you prefer. BUT you must deserve trust and you must take care of that trust. So here we are again – the most important as far as e-mailing is concerned: you must show that you deserve to own that e-mail address and you mustn’t misuse that trust. If you already are working according to this you won’t have any problems with it in the future either.

I may be wrong about one or several points here – but if I’m not: It’s always good to be prepared and start thinking about what the future is offering you and your customers.