What’s an Email Address Worth?

Maybe it’s hard to believe that an email address has a real “money” value, oh but it does. So, how do we figure it out?

Christopher and I sketched up 3 little pictures to show how you can calculate the average value of each individual email address. Now we’re going to dive a little deeper and use statistics for more than just how many emails were opened, or who clicked on what however many times.

To be able to use this formula you need to know the answers to three big questions:

This is just an example, obviously. This is what you’re going to do. First, insert your own numbers and divide the income amount with the number of subscribers you have. Then, multiply that number with the average amount of time you keep your subscribers. (Three years ago, companies in the US kept an address for two years on average.)

Now that you know how much each email address is worth, wipe the sweat off your forehead and lets take it a little further.

Okay, here is an example of how I would use email marketing to improve my numbers. I would need to have very accurate figures to know what I’m working with.

So basically, in this case, and in every case, it’s not just the number of subscribers. It’s all of them combined, they all matter to create profit. What’s a subscriber without a click? Or a visit? Or something bought? So, try different offers, or subject lines, and vary the time of day and week it’s sent out.

Let’s say I sell Swedish grown oranges. It would have been so special – because oranges don’t grow in Sweden. But we’re using it as an example anyway. And we’re going to use a picture that makes you want oranges grown in Sweden – or elsewhere. One that sells.

On the web it will probably look like this: 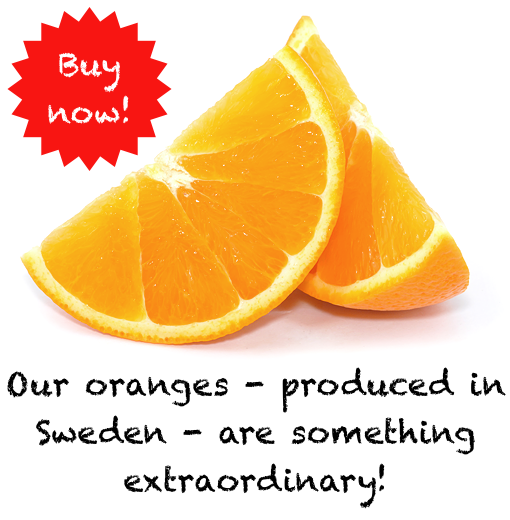 Looks great! Alright, now let’s send it out to thousands of people in an email: 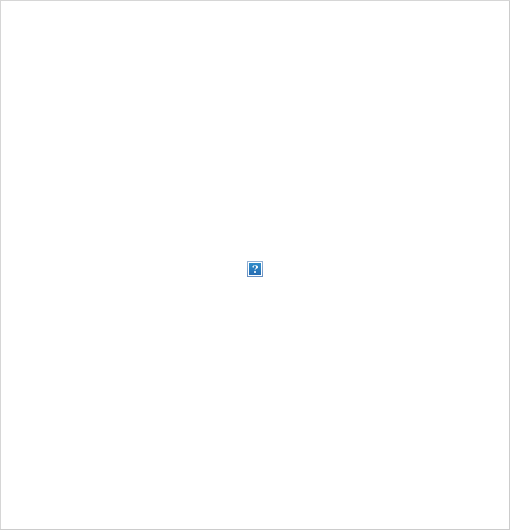 Hmm, not so great. Did you know that 10% felt no need to download the missing picture? 10% saw the picture properly, and 75% of the newsletters ended up in the fearsome spam box. The left over 5% decided they could no longer ignore that unrelenting curiosity, gave in, and downloaded the picture. I’m slightly exaggerating, but you get the idea. 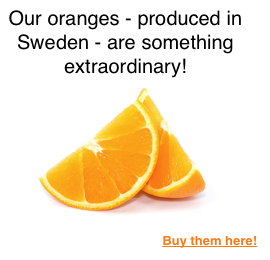 Try to even create the feeling of oranges when the picture pulls a no show: 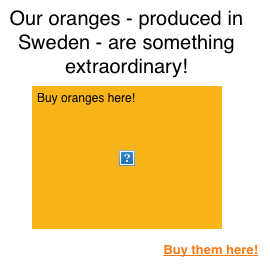 I’m going to write more about this in an article about pictures in emails in a newsletter soon.
I’m going to run through these main points:

And of course Sarah and I have some more exciting tips and ideas we want to share with you!

When we think about email, we don’t usually think about the small delicate design details. But one area we could groom a little is our basic, default links in a newsletter. Personally, I love it when they do something interesting with the unsubscribe link. Even if it’s just slightly different or shows a little personality.

When an email is setup like this (see below), I think they really do a good job of making unsubscribing not so…well, dramatic. They even throw some humor in there. They openly ask for feedback on the very open Twitter. It’s obvious that they’re not afraid of everyone knowing just how customers feel about them, even the angry ones. This truly gives Twitter an interesting position.

In the example below (which has a nice sized, neat and clean header), it’s obvious that they used pretty basic links to keep a nice balance between the header and the links. When they lay it out like this, it feels like you can trust the sender. It’s serious. 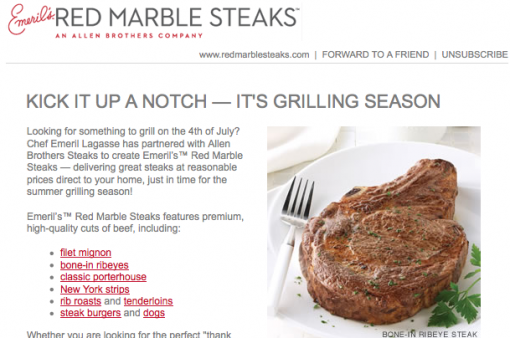 In this example they’ve made a little icon of its own for the “Forward to a Friend” link. More than likely the designer understands how important it is that people forward the email.

This one below is a great example where they used the same “icon-ish” style for the “Forward to Friends” and “Unsubscribe” links. I really like it when they are equally as noticeable and prominent. No link feels lonely and left out…

Here’s something to think about. How many of you include a standardized link that takes care of the people who have been tipped off by a friend? 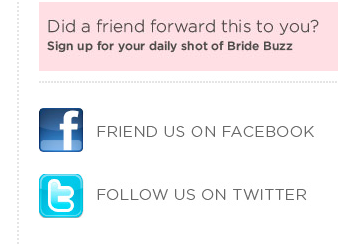 Small icons, and at the same time, text….are good things to keep in mind because a lot of images are blocked.

But, why put so much time and energy into this? Well, believe it or not, you don’t have to. But if you want your readers to see that you care about the appearance and style of the newsletter, that it’s harmonious and makes sense to look at, that you really appreciate that you have their email address, that you put just as much time and energy into email marketing as any other avenue, and that you meticulously went through every detail to make sure it’s something simple, elegant, and easy to comprehend, then maybe you should think about these things.

EmailOracle is an interesting add-on to Gmail. It allows you to see what happened to the emails you’ve sent out. It oh so courteously reveals, who didn’t open your email, and who didn’t reply. 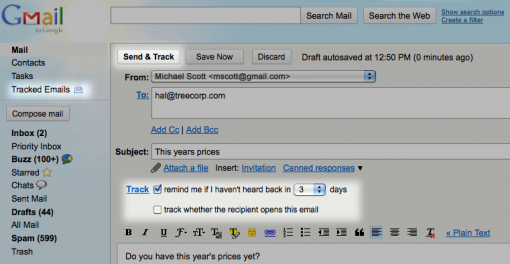 The Inbox of Darth Vader

I found these inboxes at E-mail Marketing Reports oh so amusing.

If Darth Vader had an inbox, would it look like this? 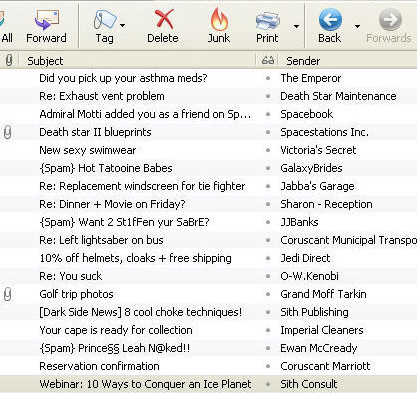