New desktop email clients aren’t something we see every day. But, we know of at least two that will be out for you Mac lovers this year. The long awaited Microsoft Outlook 2011 refresh will be launching this month, and a new candidate called Sparrow is out for beta testing.

Outlook 2011 is the very first version of Outlook for Mac and is replacing Entourage in the Office Package. I haven’t figured out yet if this means better newsletters than Outlook 2007 and 2010 for Windows, but I’m sure it’ll be pretty obvious when HTML newsletters start to flutter in.

Sparrow is meant solely for Gmail users, and it’s quite the opposite if you compare it to Outlook. It’s pretty slimmed down in the features and functions department. The interface looks a lot like the current Twitter clients and the Mail app on the iPad. 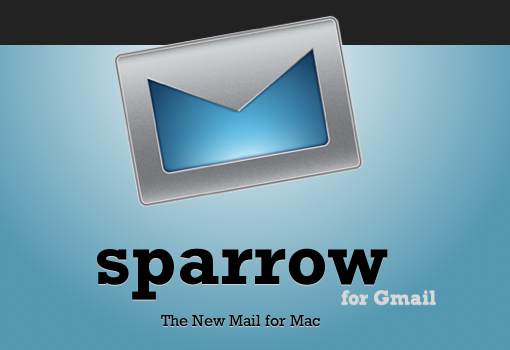 I’ve downloaded Sparrow and it seems to be okay, even if it is in beta. Though I don’t feel it’ll replace Apple’s Mail. 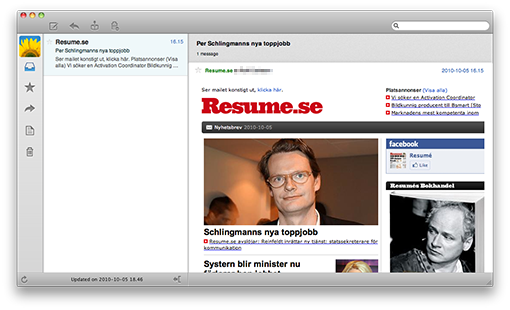 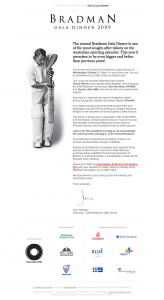 Personally, I prefer stylistically pure and ”unrefined” newsletters and e-mails. I honestly don’t mind if they are just in black and white, maybe with one or two stronger colors that pop out from the rest. This invitation to Bradman Gala Dinner 2009 is really clean stylistically. It’s also signed with a personal signature, which I think really enhances the quality.

We give this invitation 4 out of 5 hearts.

The Right E-mail Design Is Important!

There are some really interesting statistics at Marketing Sherpa. (Every year you can buy a big book full of statistics and figures in different diagrams for email marketing.) It’s really interesting! The most fascinating part is this: modifying or remaking the template/design of the newsletter is the most commonly used method to increase the likelihood of it actually reaching its recipients.
During 2007 it was 59 % who agreed with this statement; during 2008 it was 75 % who agreed with it.

To sum it up, design is crucial – not only because of how the recipient perceives the letter or the company – but also because the design decides whether or not the letter even reaches the recipient. But the problem is, you have to make the newsletter work and look good in about 20-25 different email clients. That’s a challenge. So, this means you have to understand how email clients work to accomplish this consistency. It is also necessary to understand that you cannot use a modern web code.

It could be that some people don’t put enough into the design of the email. But, communication through email is so effective and so profitable that we honestly would be crazy not to put more time and effort into it. We also need to really wrap our minds around the technology behind it and know exactly how the recipient sees the letter.

Linking to a Video in Emails

We’ve been doing some testing lately, to send emails with videos included. But since it’s not possible to play a video in any other email client than Mac Mail, the only solution is to include a link to the video on the web.

The real question is, how do you clearly indicate to the recipient that it’s a video you’re linking to? Personally, I think it works best with a picture from the film and a play button, partly because this combination is becoming pretty common, (even if you exclude YouTube) – and partly because everybody knows what a play button is. The video on the website should start to play automatically since the recipient of the email already clicked on ”Play” in the letter.

So far, I haven’t seen a newsletter with a video link that is clear and that differs from other links. For the most part they all seem to be linking to a video with either simple pictures or just a text link.

Personally, I think this is a good video link: 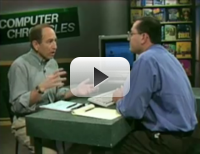 Update: HTML5 and video in email (by Campaign Monitor).

It’s not always easy to express yourself in an accurate way through an email. When you compose an email, you may think you’ve phrased your message in a very considerate and balanced way, while the recipient may see it as being harsh and possibly even aggressive. Today I sent an email to a friend, with only good intentions – but, I was in a hurry, that’s all – and her reply was very prompt: ”Why so angry?”

And of course: The way the recipient perceives it is the important part … right?

Once in a while I think about a quote I read in an article a while ago. Torbjörn Johansson of IBM said: ”Emails are very good for conveying facts, but they are not as good for conveying semifinished ideas or plans – and an email could be a catastrophe when it comes to conveying feelings.”